The robotics competition started on Thursday (just for setup), and went until Saturday. We (team 1786) were 21st seed at the end of the qualifiers, and were picked by our old team, 1729 (who were the 7th seed), along with 131 (CHAOS, who was in our alliance us last year) for the elimination rounds. We didn't do so well in the elims, and didn't make it past the quarter finals.

My thoughts on the game/competition:

I have a bunch of stuff written down (in todo.txt, more on this whenever I get around to it) for what needs to be done before our next competition (in Massachusetts, after break). Since robotics season (the winter trimester) is over, I can only hope things actually get done.

Here is a picture my dad took of our robot picking things up: 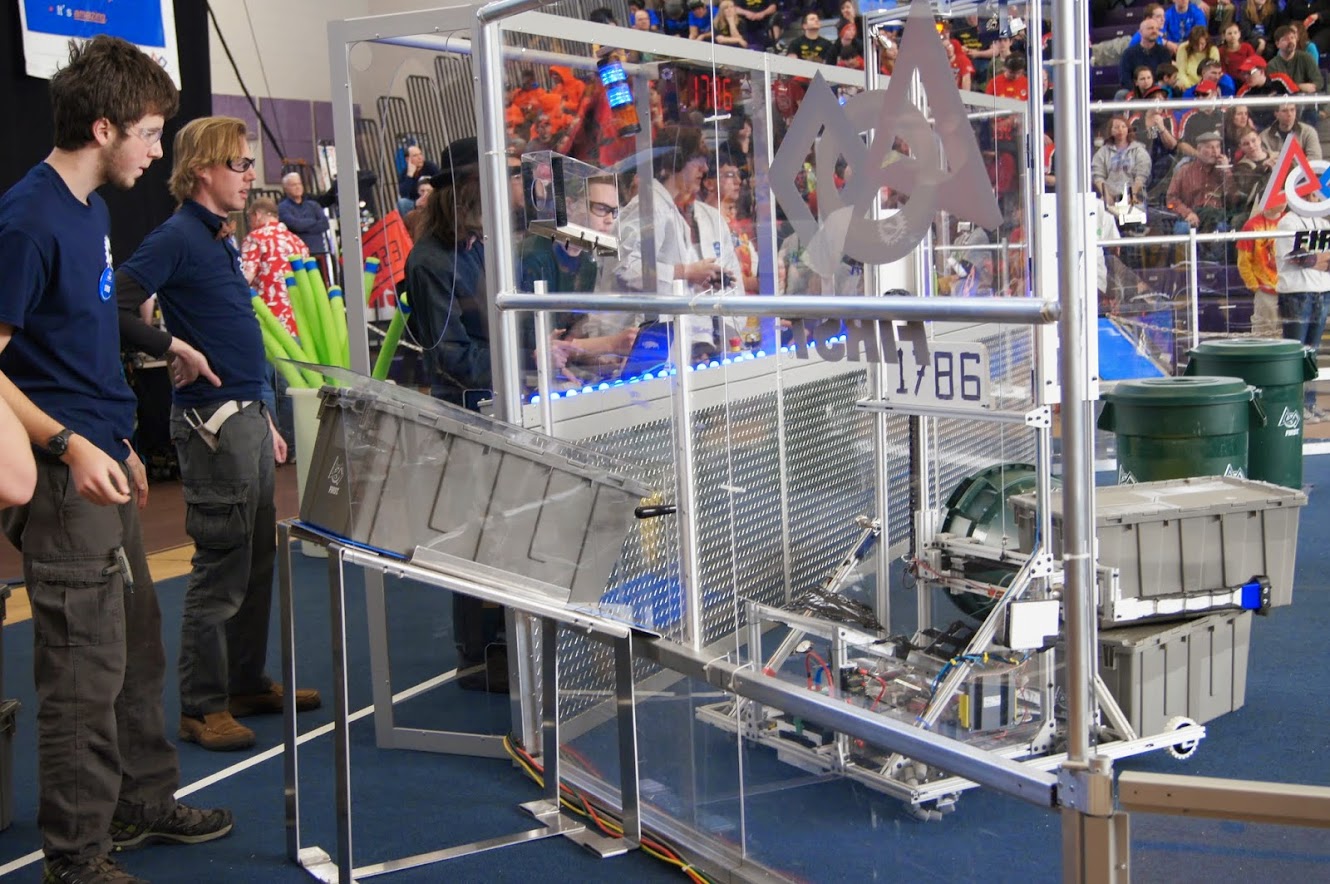 And here is one of it putting things down: 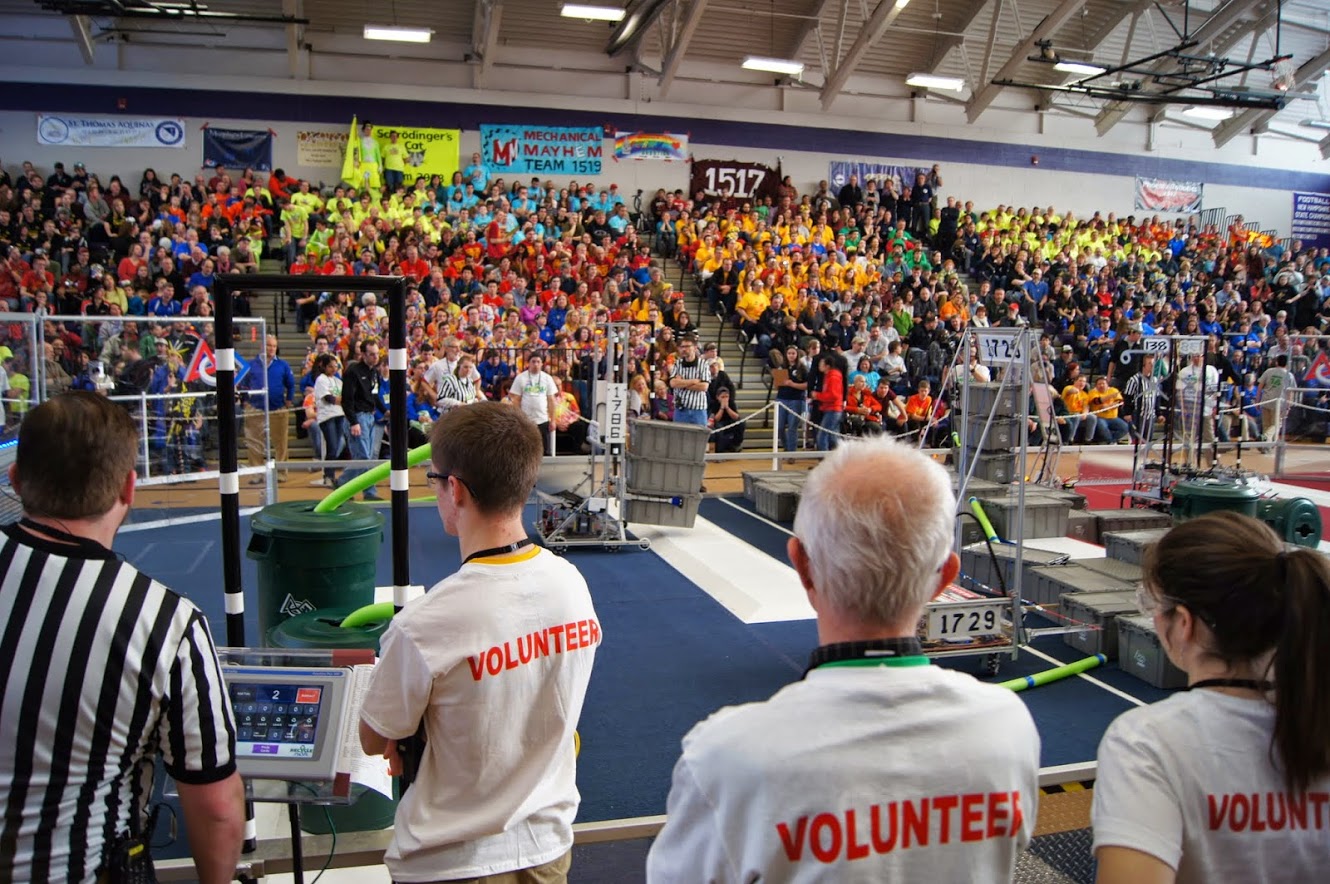 Anyway, so this week is exam week (since robotics is always right before exams), and I am pretty tired/apathetic. I have three exams this time, up from one last trimester, meaning I should probably study, and this post is really just a way to procrastinate on that.